At the times of Empress Elizabeth, an interesting tradition was born at the Meissen manufactory: perpetuating the greatness and power of the most important persons of the imperial court of the 18th century. Russia became a major customer at the manufactory of Augustus the Strong. Kaendler, the best of the sculptors at the manufactory of the 18th century, implemented most of these imperial orders.

Kaendler took portraitist Georg Christoph Grooth’s 1743 painting “Portrait of Elisabeth Petrovna on a horse with a black boy” which now adorns the Tretyakov Gallery as a basis for the figure. Elizabeth's reign can be characterized by two important factors: abolition of death penalty and a relatively peaceful reign, as there were almost no wars under the rule of Elisabeth. 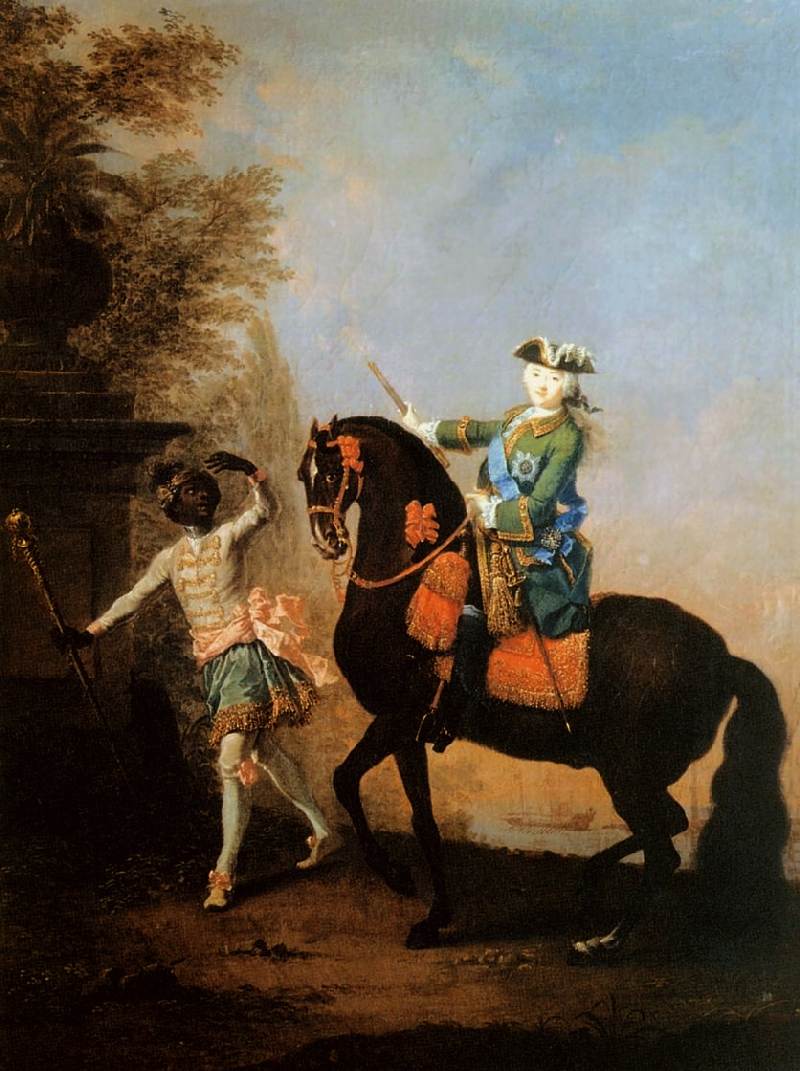 The Empress had personally ordered this portrait from the German painter after ascending to the throne. The artist's task was complicated because the Empress put a condition that the subject of the picture had to be different from all other portraits in Europe. Another difficulty was that the artist Grooth never personally saw the Russian empress.

The painting depicts the Empress during a horse ride, accompanied by a black servant who looks admiringly at her master. She is dressed in the uniform of the Preobrazhensky Regiment, the first regiment of the Russian regular army created under Peter I. Over her left shoulder is a blue ribbon with the Polish Order of the White Eagle, and on the left side of her chest is the Order of St. Andrew the Primordial. The black face of the servant stresses the whiteness and softness of the skin of the Empress. His posture and gesture look as if he is guiding the queen, paving the way before her.

A copy of this portrait was sent on purpose to Meissen to make sure the porcelain figure would meet the similarities and accuracy of shapes of the Empress.

It remains unknown, however, if this figure of Kaendler was given as a present to the Empress or if she purchased it from the manufactory. Still, you can become the owner of this limited edition porcelain composition by purchasing it from our online store or in our salon in Karlovy Vary. 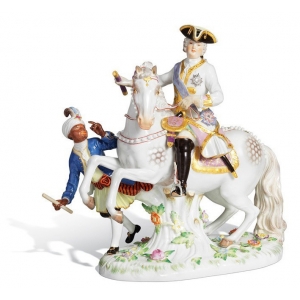